DePiero’s base salary through Dec. 31, 2022 will be $151,425, payable in bi-weekly installments. He will spend between 20 and 25 hours per week handling Aurora city business, and must be available for calls and consultation at other times.

The contract allows him to delegate some of the salaried duties to named or appointed assistants who would be compensated as outside counsel.

Some legal services, including union negotiations and unique or complex legal matters, will be provided under a separate contract with DePiero’s law firm – McDonald Hopkins LLC – or another qualified law firm.

Mayor Ann Womer Benjamin said DePiero is beginning his ninth year as law director, and soon will be recognized as one of the Cleveland area’s notable lawyers by Crane’s Cleveland Business.

DePiero will be provided the same medical, dental, vision and life insurance and other benefits to which other city employees are entitled, including paid vacation.

Bane’s base salary for the four-year period will be $50,428 per year, payable in bi-weekly installments. She will spend between 25 and 29 hours per week on city business.

“Holly has done a tremendous job in the nearly two years she has held the position,” noted Womer Benjamin. She was appointed to the post in March 2020 after the death of Jack Burge.

• Womer Benjamin’s appointment to the Joint Economic Development District’s board of directors under an agreement with Bainbridge Township was approved.

The JEDD board will consist of one person appointed by the city and one by the township, one representing owners of district businesses, one representing persons employed in the JEDD and one neutral member selected by a majority of the other members who will serve as chairman. All members will serve without compensation.

• A new agreement with buyers Bill and Stephanie Fellenstein for the sale of a city-owned home and property at 896 E. Pioneer Trail was approved at a price of $132,435.

Council originally had OK’d a sale price of $144,000, which is the appraised value, but an inspection determined a new septic system needed to be installed and main electrical work needed to be upgraded. The city fixed those issues at a cost of $23,130.

• Matthew Mondiak was hired as an engineering department co-op worker. He is a University of Cincinnati civil engineering major.

Sun Feb 6 , 2022
Job prospects for the young look bleak in India India aims to create six million jobs over the next five years, according to this week’s budget announcements. It will not be easy: the country’s unemployment rate has exceeded most emerging economies in recent years. Craig Jeffrey and Jane Dyson, who […] 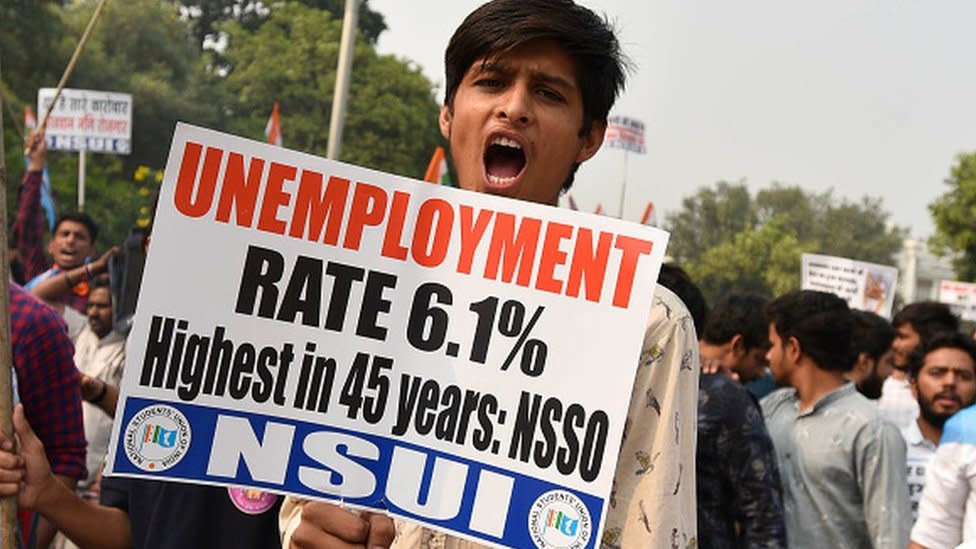