In the battle for talent, law firms are increasingly seeking more avenues to attract and retain top lawyers, especially when it comes to diverse talent.

Take Sidley Austin. The firm’s programs are an example of how law firms are trying to closely coordinate their diversity and talent goals. Angela Zambrano, Dallas office co-managing partner, pointed to Sidley’s involvement in the OnRamp Fellowship, a program created by incubator Diversity Lab that aims to bring women back to Big Law after they’ve taken extended hiatuses from the profession.

Sidley was one of the initial firms that joined the program several years ago, Zambrano said, but is also on-board again as OnRamp announced a push last month to bring 200 women back into the profession by 2025.

The program boosts gender equity, but Zambrano noted that with the talent war coloring all aspects of the industry right now, it goes beyond that.

“From a law firm side, these are great candidates,” she said. “We interview these women and slot them into different practice groups. We have needs in every practice group, so it’s easy to be a participating firm right now. Our arms are open for resumes, and I know we are going to hear from a lot of talented women with great life experience to offer.”

Zambrano noted half of the partnership in Dallas consists of women lawyers, and she is trying to make sure the firm continues to advance women through recruitment and retention as well as skills programs. One of the firm’s sub-committees, which Zambrano leads, focuses on client development, for instance.

Sidley is coming off a new round of leadership appointments. In October, Kristin Graham Koehler took over as managing partner in Washington, D.C., and Zambrano took over as office co-managing partner—along with S. Scott Parel—in Dallas, after Yvette Ostolaza was announced as the next chair of the firm’s management committee.

Five of the 10 office managers—in Boston, Chicago, Dallas, San Francisco and Washington, D.C.—are now women. And leaders in New York, Los Angeles and Century City are either diverse or LGBTQ lawyers, according to the firm.

Achieving more diverse representation in leadership doesn’t happen “overnight,” firm executive committee chair Mike Schmidtberger noted. He said the firm tries to recruit with intention of bolstering diversity, and that for the last four years, between 40% and 50% of its classes—or more—have been women.

Schmidtberger said those numbers are solid, but that there is more work to do. The firm is ranked 70th on ALM’s 2021 Diversity Scorecard.

“I think the entire profession has a ways to go when we talk about diverse lawyers. We certainly are working as hard as we can to create more of a pipeline in terms of retention of diverse lawyers,” he said.

“You have to have had an intention around your pipeline and give people an opportunity to create that consensus, that will meet the ‘of-course’ test,” he said, referring to a threshold consideration for the type of consensus the firm tries to build when it identifies and promotes people into management.

“And it turns out that many of our women and diverse partners have the extraordinary capabilities to build that consensus and have emerged as leaders,” he added.

Schmidtberger said the recent leadership promotions reflect the firm’s commitment to diversity, equity and inclusion, as well as a commitment to hiring and retaining talented lawyers. The firm hired its chief diversity officer, Maria Melendez, from its partnership ranks, he noted.

Meanwhile, the firm has recently added new dimensions to associate development by creating new titles based on their experience and launching executive training programs for them in conjunction with top universities.

The firm is also trying to incentivize its lawyers to make diversity a priority by crediting up to 50 hours for bonus purposes for mentoring and recruiting diverse lawyers, among other things.

Other firms are also seeking similar, creative approaches in recruiting diverse talent. George Wolf Jr., a law firm consultant for Aon, said many large firms are offering bonuses — as much as $50,000 in some cases—for employees who can recruit quality lawyers they know personally to the firm.

Wolf said it’s an effective tool for several reasons “One, their own employees are waving their flag—that’s always a good thing. Two, they are not paying exorbitant headhunter fees. Three a person within your own ranks is not likely to recruit someone they know is not a good person,” he said. “Lastly, a diverse lawyer will have more success recruiting diverse lawyers.”

At Sidley’s office in Washington, Koehler said, one of the norms that was instrumental to helping her ascend was a particularly active women’s committee, one that is traditionally chaired by associates. She also pointed to the office’s 1L Diversity Fellowship, in which the firm brings on one or two diverse law student interns for 10 weeks in the summer.

Koehler said those fellows not only work on legal issues but participate in professional development and mentoring programs. She said the hope is that they ultimately return as associates.

“And then we need to focus on retaining those diverse associates,” she said. “A lot of that comes from formal mentoring programs, formal partner and associate mentoring programs, but also informal programs—partners working closely on an individual and case-by-case basis. To me, that’s key to retaining diverse lawyers.”

Do Today’s Unions Have a Fighting Chance Against Corporate America?

Sat Feb 19 , 2022
Large unions are experimenting, too. This month, thousands of workers at an Amazon warehouse in Bessemer, Ala., will begin voting on whether to join the Retail Wholesale and Department Store Union. The International Brotherhood of Teamsters wants to help Amazon’s warehouse and transportation workers win a union contract. There’s an […] 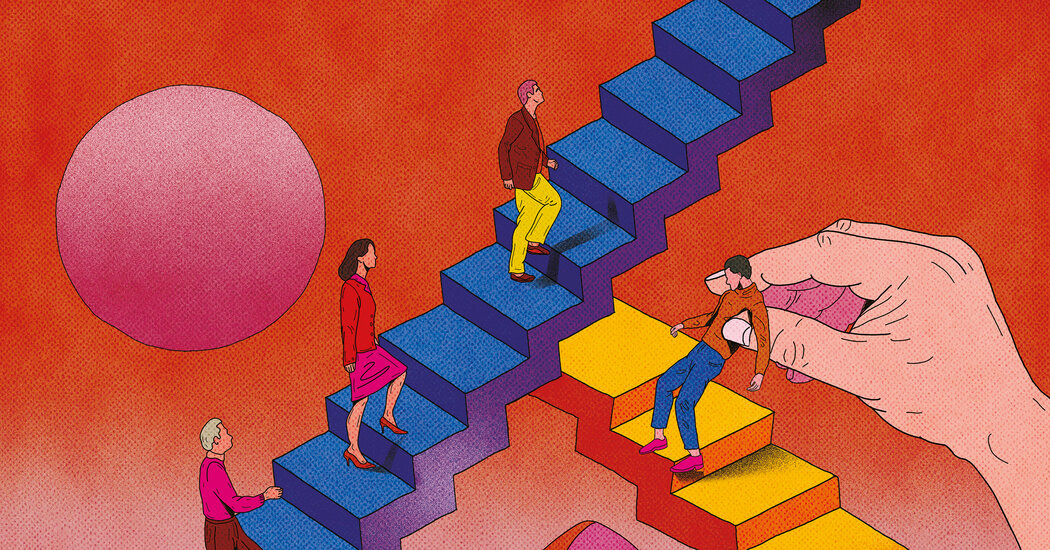