As the legal industry’s red-hot talent market reaches a boiling point, some law firm leaders are desperate to hold onto the people they have, sometimes using tactics that could backfire.

Stefanie Marrone, a legal marketing consultant, recently spoke with a firm that wanted to remove associates’ biographies from the firm website. The thinking, she said, was “how can we hide our people so they don’t get poached?” Her reply was that it’s better to create a working environment that associates won’t want to leave, even if they get another offer.

But the encounter reflects a bigger problem, as business leaders desperately look to stave off the effects of the Great Resignation. Some law firms “are hemorrhaging their people and not sure how to keep them,” Marrone said.

“They just don’t have enough folks to go around and pick up all of that M&A work that’s floating around out there. Everyone is looking to hire the same people,” Laura Leopard, the founder of Leopard Solutions, which tracks law firm data, including lateral movement, said. Litigation practices have also been recruiting at higher rates than normal, she noted, but corporate practices have gotten more attention as they experience a severe talent shortage.

Leopard noted the six-figure signing bonuses some firms are offering. ”That would wipe out all of your law school debt just by walking across the street, exchanging your laptop and doing the same work at a different firm,” she said.

For firms that aren’t able to counter those offers, there’s still legal work to be done. The prospect of not having enough people to do that work is frightening. Leopard noted that Am Law 200 firms are taking lawyers from midsize firms to fill the gaps.

“If you are losing as many people as you’re hiring, all you’re doing is treading water,” Leopard said. “That’s why retention has come to the forefront.”

At some large firms, retention means special bonuses for lawyers, and extra special bonuses for those who are working extra hard. Paul, Weiss, Rifkind, Wharton & Garrison and Mintz, Levin, Cohn, Ferris, Glovsky and Popeo made some of the most recent special bonus announcements, but a number of other big firms have been similarly doling out monetary rewards and perks, often with some kind of future time element attached.

Ru Bhatt, a partner in the associate practice group at Major, Lindsey & Africa, said in addition to retention bonuses and counteroffers, he’s heard of firms calling up recent departures and asking them to come back, promising high-profile work and mentorship. He’s also heard of firm leaders attempting to sow doubt in young lawyers’ minds about the firm they’re planning to join, which might do exactly the opposite by betraying insecurity at the firm they’re leaving.

“Trying to find a new associate they can recruit, train and then delegate to, it takes some time,” Bhatt said. And fear of that task in the current competitive environment feeds paranoia.

Marrone said firms commonly watch for anomalies on their own websites. If an associate or a partner who isn’t particularly well known is getting a lot of web traffic, it’s possible that person is interviewing at other firms.

LinkedIn can raise additional suspicion. If a person is getting more engaged, and not for the purpose of promoting their own firm, it might mean they’re looking to grow their network to make a move, Marrone said. One lawyer contact told her their firm had offered a bonus to those who agreed not to have a LinkedIn presence, or to let the firm manage their LinkedIn account.

Some firms even discourage associates from getting involved in bar associations and other networking groups and events, Marrone said. ”They’re afraid of them building too much of a brand that they can then be found,” she said.

Hiding associates or staff from the rest of the market is short-sighted, industry watchers agreed. And it may not be effective anyway.

“There are business reasons for why these people want to keep their associates,” Bhatt said. “But given how extreme these conditions are and how lucrative it is to make a move, it’s also appropriate for associates to think about whether where they are is where they want to be long term.”

Young lawyers are dealing with unprecedented conditions. For many, their firms are flooded with more work than they can handle. And 20 months into a global pandemic, finding ways to organically connect with colleagues and partners is more difficult than it once was. For some associates who finished law school shortly before or during the pandemic, this reality is all they’ve ever known.

Bhatt, noting that he tends to be speaking with people who want to make a move, said there are obviously some firms doing all the right things to take care of their people. One increasingly common move is to promote on a shorter timeline, or promise opportunities for promotion in short order.

“When an associate is looking to leave, it’s for a reason,” Bhatt said. “It’s not getting access to the type of work they want to do, or not feeling like their career is going to advance.”

For firms without the means to match top salary, signing bonuses and special bonuses, that’s the only avenue to take. But it may require a more thoughtful and nuanced approach. Not all lawyers want the same things from their workplace and career, even within the same generation.

Marrone said offering equal benefits to everyone, including staff, goes a long way as well. “Turn it around. How are you going to keep your people? Focus on that,” she said.

Or, as Leopard put it, firms should be “recruiting your existing attorneys every day.”

“If you put as much energy and effort into keeping your attorneys, you don’t have to work as hard to put people in their spots,” Leopard said.

How Law Firms Are Supporting Ukraine 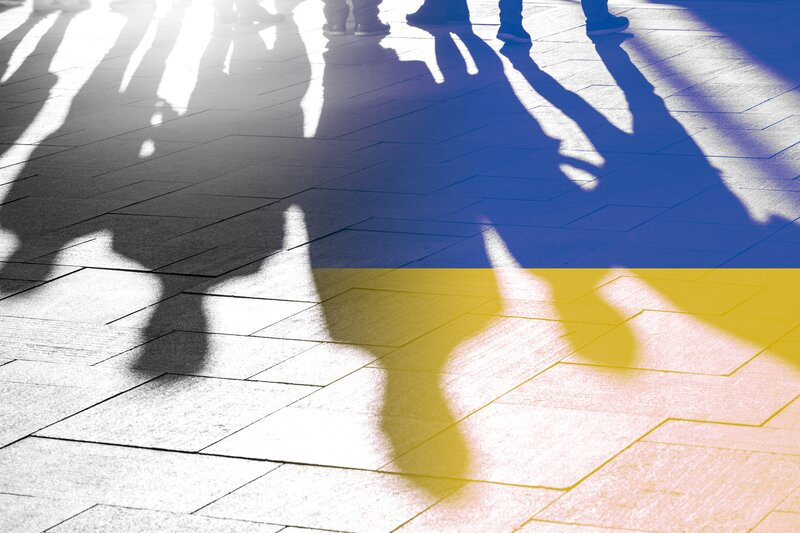