As 2022 hits, new markets continue to beckon for the cannabis industry, with New York, New Jersey, and Virginia all set to open business for recreational marijuana sales in the next 18-24 months. Other states, such as Maryland and Delaware, may soon follow. And, commercially, all of this legislative activity led to significant levels of M&A activity within the industry in 2021.1 But this activity overshadows a lingering problem underneath: many courts still will not enforce a contract between cannabis companies.

A recent decision from the United States District Court for the District of Colorado underscores the problem.2 There, the parties formed a cannabis business pursuant to Colorado state law, which permits the legal sale of cannabis for both medicinal and adult-use purposes. But, because the federal Controlled Substances Act still prohibits such sales as a matter of federal law, the court refused to enforce the parties’ contracts under Colorado state law. This has happened in other states as well, regardless of whether the parties’ contracts divided equity interests in their cannabis business (the Polk case) or sold a cannabis distribution business (the Left Coast case).3 As the Sensoria court noted, “the Court may not vindicate equity in or award profits from a business that grows, processes, and sells marijuana” and “[r]elief may not be in a form that endorses violating the [federal Controlled Substances Act].”4

THE POTENTIAL SOLUTION – ENFORCEMENT THROUGH ARBITRATION

In the last year, parties have announced cannabis M&A deals in the hundreds of millions and even billion dollar ranges. It is not hard to see, however, how recent decisions refusing to enforce cannabis-related contracts could negatively impact M&A activity in the industry. Indeed, it is hard to think of a greater deterrent to consolidation than the inability to actually enforce the parties’ carefully-crafted deals.

Importantly, however, there is a potential way out of this mess through a common commercial term—arbitration. For example, in Williams v. Eaze Solutions, Inc., the United States District Court for the Northern District of California rejected an illegality challenge to a contract asserted by a California resident who downloaded a cannabis mobile application created by Eaze Solutions.5 The District Court’s reasoning was elegant in its simplicity: the parties’ contract expressly provided for arbitration of the parties’ disputes and, under the Federal Arbitration Act (FAA) and binding Supreme Court precedent, any issues of illegality were to be determined by the arbitrators, not the federal courts.6

Indeed, as the District Court noted, the Supreme Court squarely addressed this question—whether a court or an arbitrator should consider the claim that a contract containing an arbitration provision is void for illegality—over 15 years ago in Buckeye Check Cashing, Inc. v. Cardegna. 7 There, the Supreme Court held that, under the FAA, an arbitration provision is severable from the rest of a contract and, once the court determines that the parties have a valid arbitration agreement, any claim that illegality precludes enforcement of the contract as a whole is left to the arbitrator.8

The Eaze Court merely applied the logic of this binding precedent to the new issue of whether a cannabis contract that is valid under state law is nevertheless rendered illegal by federal law’s continued prohibition of cannabis. Finding that the parties validly agreed to arbitrate their disputes, and that the FAA governed the parties’ arbitration agreement, that was the end of the Court’s inquiry. It was up to the arbitrator(s) to decide whether illegality rendered the contract unenforceable.9

A PATH FORWARD – EXPANDING AND IMPROVING UPON EAZE

Unless and until Congress amends the Controlled Substances Act10 or otherwise resolves the existing—and widening—conflict between federal law and state laws on cannabis, the illegality defense will loom over any attempt to enforce a cannabis-related contract, no matter how big or small. Accordingly, cannabis investors, businesses, and those who do business with them would be wise to take a lesson from the case law above and expressly opt for arbitration over litigation in their commercial cannabis contracts.

That said, while the Eaze decision certainly points a generic path forward, cannabis companies should improve upon the logic of that decision by creating a model arbitration provision for themselves that accounts for the unique aspects of their business as they navigate the current state of legal flux. Specifically, cannabis investors and businesses should consider the following upon choosing arbitration over litigation to enforce their contracts:

First, contractually define the governing arbitration and substantive law. For example, cannabis investors and businesses might choose the FAA solely to govern whether their arbitration clause is enforceable, given the strong federal presumption for enforcing arbitration provisions, combined with the Supreme Court’s binding precedent in Buckeye Check Cashing removing illegality issues from the purview of the federal courts.11 But federal substantive law renders cannabis contracts illegal, so a different substantive law—ideally, a state with relatively established commercial law precedent, plus clear public policy in favor of cannabis legalization—should be chosen to govern all other aspects of the parties’ contract.12 Either way, the parties should be clear, in their choice of law provisions, to specify that that state’s laws govern all aspects of the contract, except perhaps whether an arbitration agreement has been formed, which is specifically governed by the FAA.

Second, use the benefits of arbitration—namely, the ability to specify the exact terms of what the parties can and cannot arbitrate—to limit the parties’ ability to argue, after the fact, that their contract is not enforceable. This would include, among other things, agreeing not to argue in any subsequent dispute that the parties’ contract is illegal or void as against public policy. As these are merely defenses to enforcement, not to contract formation, this should not be especially controversial in any subsequent arbitration. Indeed, sophisticated commercial parties regularly waive other arguments or defenses—such as personal jurisdiction, service of process, forum non conveniens, or waiver/laches—by contract.

Third, think early about how to confirm a potential arbitral award in your favor. For example, while federal law remains unfavorable to cannabis contracts (to put it mildly), state laws have more quickly adapted. Accordingly, cannabis investors and businesses might consider expressly providing in their contract that any effort to confirm the arbitral award—and turn it into a court judgment entitled to full faith and credit under the U.S. Constitution—should exclusively proceed in a chosen state court, like Colorado or California, where cannabis is legal, rather than in federal court. This would ensure that a federal court is not presented with the question of whether to confirm an arbitral award involving cannabis businesses that may conflict with federal prohibitions.

Fourth, keep in mind that until federal laws change, equitable relief will remain a challenge. Cannabis investors and businesses should think carefully and consult with counsel about how to navigate a world where equitable relief may be difficult, if not impossible, to attain and money damages are likely the only recovery available.

Fifth, and finally, consider requiring mandatory mediation as a condition precedent to arbitration. A sophisticated mediator with cannabis industry experience—and there are a few out there—may help the parties avoid the time and expense of arbitration, not to mention the various legality, public policy, and enforcement issues noted above.

In sum, the unique opportunities presented by the cannabis industry also come with some unique risks that jeopardize the ability of investors and businesses to enforce their cannabis-related contracts. Of course, those risks will not go away completely until federal laws concerning cannabis change. But, until they do, a carefully-crafted arbitration agreement and thoughtful selection of which laws govern the contract may give cannabis investors the best possible odds of getting what all commercial parties ultimately want—confidence that their contracts will be enforced, as written.

Associate raises are back. Will fewer law firms follow this time?

Wed Apr 27 , 2022
At least 10 U.S. law firms have matched raises announced by Milbank last week Many firms are still absorbing widespread pay raises from last year (Reuters) – A new round of pay increases at large U.S. law firms may be harder to swallow than other recent hikes, with some in […] 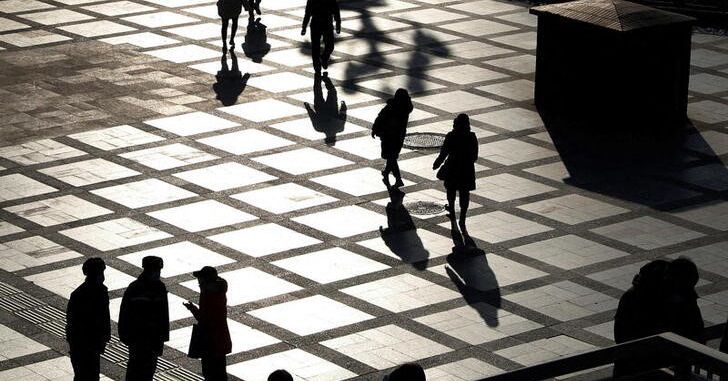