“The challenges facing our physicians and health care system throughout the Covid-19 pandemic are immense,”Heller said. “I am confident that the AMA will continue to play a leading role.”

Heller joins a Chicago-based organization that has taken strong positions on public policy during the pandemic, as it last week applauded the continuation of mask wearing on public transportation.

Bloomberg Law reported last year on the AMA’s policy-making body approving a resolution declaring that only licensed physicians should be able to grant exemptions for coronavirus vaccines.

At the AMA, Heller said she’ll be tasked with “removing obstacles that interfere with patient care, driving the future of medicine, and improving the health of the nation.”

Heller previously served as general counsel for the health care and science unit of Thomson Reuters Corp. and Truven Health Analytics Inc., a health care data business sold for $2.6 billion in 2016 to IBM. She joined IBM through that transaction as the company combined Truven with Watson Health.

IBM agreed in January to unload Watson Health’s data operation for more than $1 billion to private equity firm Francisco Partners LP after putting the unit up for sale last year. Watson is an artificial intelligence tool developed by IBM to serve various businesses, including law firms and corporate law departments.

Vandenberg, Heller’s predecessor as general counsel for the AMA, received more than $917,000 in total compensation from the nonprofit in 2019, according to its most recent federal tax filing.

Vandenberg, a former general counsel at Livongo Health Inc., was hired by the AMA in 2017 to succeed former Sidley Austin partner Jon Ekdahl, who retired after nearly 17 years as legal chief for the organization.

Abortion Resources for Texans and Beyond: From counseling to contraception to legal services, here are your options - News

Tue May 10 , 2022
Photo by Jana Birchum At the time of publication, abortion is still legal in Texas prior to the first detection of fetal cardiac activity, which typically occurs around six weeks. However, if the Supreme Court’s draft opinion on Roe v. Wade reflects the final decision of the court, performing an […] 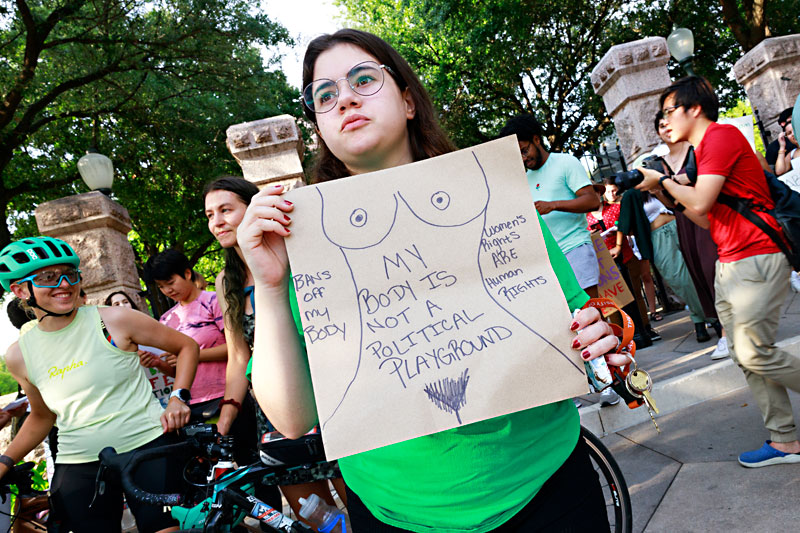