Hiring faltered again in December as the Omicron variant fueled yet another wave of coronavirus cases and economic restrictions.

The US added 199,000 nonfarm payrolls last month, the Bureau of Labor Statistics reported Friday. Economists surveyed by Bloomberg held a median forecast of 450,000 added jobs. The report showed hiring slowed in the final weeks of 2021 as coronavirus case counts swung higher and fueled new concerns for the still incomplete recovery.

The unemployment rate slid to 3.9% from 4.2%, the Bureau of Labor Statistics said. That landed below the median forecast of 4.1%.

The report offered a gloomy look at how the labor market was performing as it entered the new year. The slump in job creation suggested the recovery wasn’t as resilient to Omicron as some hoped. The unemployment rate’s steady decline still signaled the labor market could return to pre-pandemic health by the end of 2022.

To be sure, the data covers the recovery only through mid-December. Daily virus case counts went parabolic later in the month as the more contagious variant proliferated amid holiday travel. Infections continued to surge higher in January and haven’t shown signs of a consistent easing. While COVID-19 deaths are at a fraction of the counts seen during last year’s winter wave, the Omicron variant’s spread is still placing new pressure on businesses and Americans eyeing a return to the workplace.

The number of jobless Americans dropped by 483,000 to roughly 6.3 million, according to the report. On the payrolls front, the economy has about 3.6 million jobs to add before returning to its pre-pandemic total.

Labor-force participation held flat at 61.9 in December, still 1.5% lower than the level from before the pandemic. The measure, which tracks Americans working and in the process of finding work, has been among the slowest to recover.

Chair Jerome Powell raised concerns around the sluggish rebound in December. Economists “certainly thought” the ending of enhanced unemployment benefits and increase in vaccinations would lift participation, he said. There’s been “some improvement,” but “we don’t have a strong labor-force participation recovery yet,” he added in the December 15 press conference.

The average hourly wage rose by $0.19, or 0.6%, in December to $31.31. That beat the median estimate of a 0.4% gain. Wages increased at a faster pace than usual throughout 2021 as the labor shortage gripped the recovery. Businesses quickly boosted pay to attract workers, with low-paying sectors exhibiting some of the biggest raises.

Data published earlier in the week suggested that overwhelming demand for workers lingered well into the fourth quarter. US job openings totaled 10.6 million in November, according to Job Openings and Labor Turnover Survey data published Tuesday. While that’s down from the prior month’s 11 million, it’s still historically high and signals weak job uptake throughout the economy.

A record 4.5 million workers quit their jobs in November, which hinted that the “Great Resignation” also charged forward. The accommodation, food-services, healthcare, and transportation sectors saw the most quits, which suggested the pandemic’s spread played a major role in prompting people to walk out.

Where job growth stumbled the most

The Friday report offered economists the most detailed look yet at where jobs were created and where they were erased in the last month of 2021.

Leisure and hospitality businesses continued to drive much of the payroll recovery. The sector added 53,000 nonfarm payrolls through December, the most of any industry. Still, employment at such businesses remained 1.2 million payrolls below the pre-crisis level, and the sector was likely hit hard by the virus surge in later December.

Professional and business services followed with a gain of 43,000 payrolls.

Retailers lost 2,100 jobs through the month as Omicron powered new concerns around in-person shopping. Sporting-goods and hobby stores had the largest decline at 12,500 payrolls, according to the report. Government jobs dropped by 12,000 mostly because of declines in state- and local-government employment. 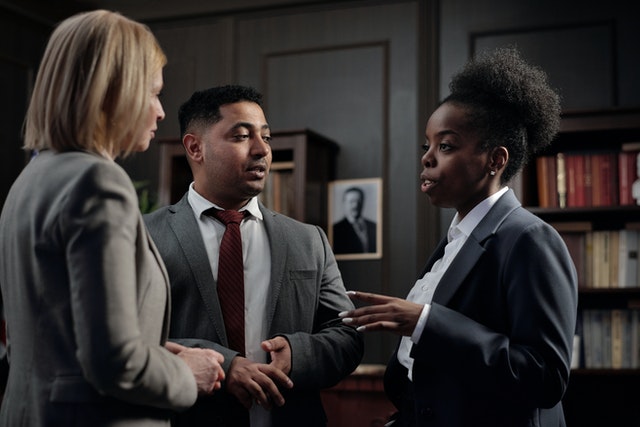